Joan has partnered with TAPROOT VIDEO to make her popular spinning videos available to watch on-line. 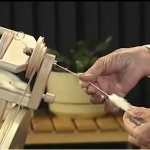 Cotton Spinning on the Takli & Charka

Cotton Spinning on a Wheel E-book 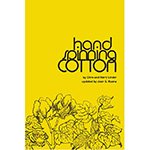 These tutorials will help improve your cotton spinning and carding skills!

How to Store Your Spun Cotton

Spinning Cotton Off the Seed

Flax and hemp fibers are both called bast fibers. Bast fibers come from the stem of plants. Spin flax off the distaff, off the wall or out of a rolled-up towel. Hemp is surprisingly easy to spin when you learn a few basic rules.

"History and Importance of Hemp to Our Planet" is a 1-hour lecture available through Zoom for $200. To schedule, contact Joan at spincotton@yahoo.com

Hemp as a Fiber

Researchers theorize that the first hemp plants came from the foothills of the Himalayas and that traders and migrating people spread the seed. The earliest known woven fabric was apparently made of hemp and it was as early as 8,000 or 7,000 BC. Hemp resists rotting and thus would play an important role in it being preserved over the years. Most historians agree from 1000 BC to 1883 AD, hemp was our planet’s largest agriculural crop and most important industry. Thousands of products were produced including fabric, lighting oil, paper, incense and medicines, plus essential food oil and protein for humans and animals. It was also used spiritually.

Why has cannabis hemp played such an important role in history? Over all it is the strongest, most durable, long lasting natural soft fiber on the planet. Its’ leaves and flowers were one of the most important medicines for at least 3,000 years, until the turn of the century. The real story of hemp is not a story of drugs however, but of “Fiber Wars”, an age-old battle for markets among alternative fibers. Cotton became a world power and is credited as the single greatest force in the early economic development of the U.S.

80% of mankind’s textiles were made principally from Cannabis hemp fibers until the 1820’s in America and until the 20th Century in most of the rest of the world. Ireland made the finest linens, not from linen but hemp fiber. It is hard to tell the difference. It was hemp that clothed the Continental Army and kept them from freezing to death at Valley Forge. Homespun cloth was almost always spun from the “family” hemp patch as America was moving west in their hemp canvas covered wagons.

Depending on the fineness desired, planting seeds close produced a fine fiber and further apart a coarser fiber. 200 seeds to the square yard was planted for rough cordage. Finest linen or lace is grown up to 900 plants to the square yard and harvested between 80 to 100 days. It was one of the easiest crops to grow and would grow just about anywhere and in any soil. It did not deplete the soil like many crops do.

After the invention of the cotton gin, cotton clothing could be produced at less cost then hand retting and hand separating hemp fibers. But due to hemp's strength, softness, warmth and long lasting qualities, hemp continued to be the 2nd most used natural fiber until 1930’s. But the coming of “plastic fibers” finally replaced natural hempen fibers.

Interesting point:“George Bush, while serving in W.W. II, baled out of his aircraft, lubricated with hemp seed oil, with a 100% hemp parachute and was pulled aboard a ship with hemp ropes and he stood safely in his leather shoes stitched with hemp.”

90% of all ship’s sails until late 19th century were made from hemp. So was the rope, nets, riggings, flags and even oakum (sealant) was made from hemp. The sailor’s clothing right down to their shoes were crafted from Cannabis hemp. Then there was the paper for maps, logs and Bibles, all made from hemp fiber. No wonder there were great wars, just to keep the trade routes open for hemp fiber. In fact in 1942 the U.S. government distributed 400,000 lbs of cannabis hemp seed to American farmers to produce 42,000 tons of hemp fiber annually for the war effort until 1946, after Japan cut off our supply of Manila hemp.

In 1619, farmers in Virginia were required to grow Indian hemp. In 1631, the law passed that Massachusetts farmers also had to grow it...followed by Conn. and the Chesapeake Colonies. Hemp was used as legal tender (money) into early 1800s. You could pay your taxes with Cannabis hemp throughout America for over 200 years. U.S. Census of 1850 counted 8,327 hemp “plantations” (min. 2,000 acres) growing hemp for cloth, canvas and even the cordage used for baling cotton.

Benjamin Franklin started one of America’s first paper mills with cannabis hemp. It was a cheap fiber, plenty of it and easy to replenish in one year, unlike the trees we use today. The forrest industry finally grew big enough to crowd out hemp fiber.

Botanically, hemp is a member of the most advanced plant family on Earth. It is a dioecious (i.e., having male, female and sometimes hermaphroditic) woody, herbaceous annual that uses the sun more efficiently than virtually any other plant on our planet. Hemp grows 12 to 20 feet tall in one short growing season. It is similar to flax as they are both a “soft” bast fiber found in the stem of the plant. They overlap in many characteristics. Botanically flax and hemp are dissimilar, yet to the naked eye the fiber looks the same. Hemp will rotate clockwise and flax rotates counter- clockwise upon wetting.

The conclusion in the book The Emperor Wears No Clothes is: "If all fossil fuels and their derivatives, as well as the deforestation of trees for paper and agriculture, are banned from use in order to save the planet and reverse the greenhouse effect:Then there is only one known annually renewable natural resource able to provide the overall majority of our paper, textiles and food, meet all the worlds transportion, home and inductrial energy needs, to reduce pollution, rebuild the soil and clean the atmosphere, allat the same time, our old stand-by that did it all before: Cannabis Hemp!"

Remember Joan’s Hemp Lecture on Zoom is available to guilds and schools! Click the link for information.